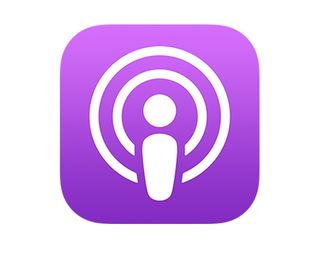 In the car – podcasting!

Many years ago I discovered podcasting as a way to make something out of all the time wasted in the daily commute. Don’t overtake, stay in the most right lane and enjoy the discussion.

I have listed my favourite podcasts for your to try. Have some tips? Please let me know.

Desmond sent me a link to that interview on youtube of the NZLD Breakdown TV Show. [“You have the best three rugby academies in NZLD: Fiji, Tonga and Samoa”].

He also told me our main man has his own postcast serie. Perhaps due to the corona virus he found some time to spent? Having actually met him in person and being his driver (my claim to fame: having Eddie Jones, Gordon Tietjens and Pierre Villepreux in my car – not all at once though, image that!). A fantastic coach, charismatic and very friendly. Enjoy his podcast series.

Search for the podcast in the standard iPhone app or subscribe here.

Already lots of episodes on a broad range of topics. Success is in the details I guess, so good series to dig into. How Peter Breen describes his work:

At Rugby Bricks, we are firm believers in two principles that determine your outcomes in life.

The first principle is OUTWORK.

All of us have to work but some of us are prepared to do more of it than others and more often than not you’re going to hear about the success stories of those who put in the hard yards.

At Rugby Bricks we practice what we preach and teach players, coaches and supporters that it’s the workers who are going to make a difference in this world on and off the pitch.

The second principle is OUTLEARN.

For those who are willing to put in the work sometimes that isn’t enough. You need to be able to learn where best to apply the work you’re putting in. Should you be going to the gym in the off-season and trying to bulk up or is it sitting down with a pen and paper and reviewing what you want your next season to look like? These are the questions we’re asking and they’re what we’re teaching players, coaches, and supporters over here at Rugby Bricks.

If you’re a lifelong learner on and off the pitch you’ll go further than those who are only going to put in the work.

These are the principles we live by over at Rugby Bricks and we’re bringing the knowledge, work ethic and mindset to the game of rugby so that you can find success on any playing field.

And check out Peter Breen his work with Chloe Dalton on Youtube, she is a multi-talented star and was one of my favourite players on the 7s circuit. 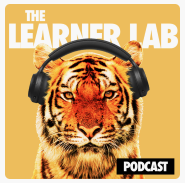 I love the Jungle Tiger metaphor of Trevor Regan and his material – I already was on the Carol Dweck track but TrainUgly really highlighted her work. So, when I got the newsletter with the news of the Podcasts I jumped on it straight away.

Very inspirational material you can use directly in the work with your team. For example, I downloaded the video clip with Jerry the skateboarder failing miserably many times before “he get’s it” and after some more stumbles he rides off into the sunset. It is so much better to show it to young players than just saying “it is okay to fail trying new skills”. This clip from the episode “STRUGGLING ON PURPOSE with Seth Godin” is a good example how theory and quotes from Seth Godin are explained in practice routines. The clip is now on my laptop too – next to the Jungle Tiger.

Get the link to the podcast platform you prefer here! Season 2 has arrived! Great Alex and Trevor are back again for a new series!

One disadvantage: Trevor mentions all these books, even more books to read.

This World Rugby series was a bit too informative for me, the Concussion one is obviously a must one, but one episode stand out: the State of the Game. First Sean Fitzpatrick is a bit patronising “having won the world cup and France did not” but Thomas is getting back at him when he finds out that Sean his daughters do not play rugby but his little son does.

I love the Magic Academy Challenge Cards, have both sets – no, gave the first set to Paul.

Also, they have the C.A.R.D.S. approach you must look into. I learned a long time ago that using video made my discussions with my players more neutral, these challenge cards take this a step further.

Rusty has a great podcast too. He interviews all kinds of interesting coaches. I like his questions and how he creates a relaxed and fun atmosphere. He really takes his time though, longer than my commute!

My favourite was the one with Heather Fisher, what an inspirational journey she is on.

Let me know if you have more podcasts I can listen to and share with you.

This did not work …… Although using lesson One and Two gave us a great upgrade in Hotel Royal, Paris for the 2017 World Sevens Series!

← How to spent your budget?
Shorty, you may award the try! →