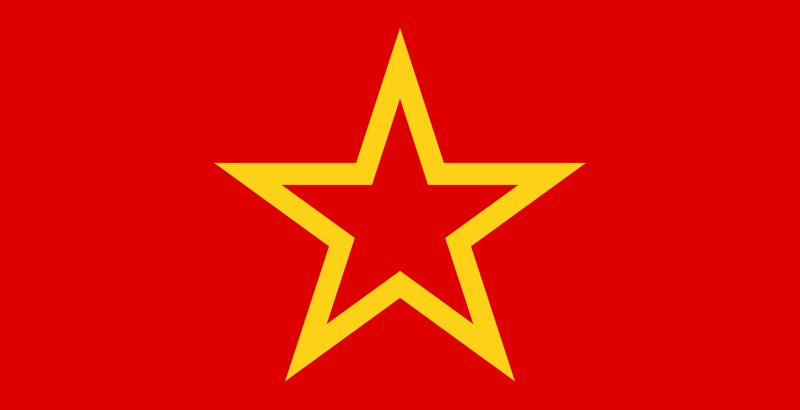 I once read a story that during the Cold War, the Americans set up an “Red Army” for field practises. They had to behave / act like the actual Red Army was expected to do – doctrines, tactics and so on. When I worked with the Rotterdam Under 16’s we had only 21 players so team practise was difficult. I remembered that Red Army concept and discussed this with my fellow trainer Irwin: we decided to built one too!

Like a normal army we had to recruit my “soldiers” to start it all off. For this I made my own “We Want You” Flyers (of course Russian flavoured) and posted these in our club house. Word spread quickly after that. Many of my former Under 18’s player grabbed the opportunity to work with me again and signed up (you really had to this b.t.w.). I also targeted the veterans of the club and some signed up as recruits too. We  needed them once a week only for half an hour. Also, some other first team players were drafted in the Red Army.

Next up I had to brief the recruits on what I expected of them. This was not about them playing rugby against my Under 16’s of course. I wanted a controlled defence and a controlled attack in a way that suited the particular areas we were working on with the team.

Everybody was happy to contribute.

Remember the first practise very well, my team but also the Red Army a bit nervous. But once the kids saw this was okay, they switched to ‘game-mode’ pretty quickly. I was very present controlling the play and reminding the Red Army soldiers what they were here for. Irwin was managing the Under 16’s. My former Under 18 players (and Dutch U18 Champions btw.) like Dirk, Michael, Eoin and Jorik really loved it all.

During that same time this rugby league guy contacted me regarding some posts on my website and after some emails we realised I lived in the next village down the A12. We met at Rotterdamse R.C. and he was eager to get involved. How cool was that! When top teams in the UK were looking at Rugby League for defensive structures and Phil Larder was the man you needed, we had our own Rugby League defence coach!

And the Red Army attack found out! Pressure in defence, shadow tacklers, guards and being gang tackled breaking around the ruck. To run the defensive structures as a whole team was great. Tomo a lots of great exercises.

It was hilarious to see how effective it all was, but you can imagine how the confidence of my team was boosted.

This translated to the Saturday really well of course, making it to the national championships and win the cup! Some of the Red Army soldiers were even at the championship final.

In Scotland the National Champions Gala Triangle were very happy to have a narrow win against us. We were the first team to score against them that season.

It was fun to get involved and help the development of the Under 16’s and soon we had more than enough Red Army soldiers!

How did it all end? When the Red Army soldier Duncan smash tackled the Speedster while he scored a try. Irwin and I realised we did control the situation as good as we thought and we had to dismantled the Red Army, never to see them on the rugby pitch again…..

Philemon, one of the veteran Soldiers, joined us as Tour Manager on our training week at Jed-Forrest R.C.

I stayed connected to Tomo and he later set-up these fantastic two Rugby League Internationals against BARLA when I asked him. This was as preparation of my National Under 18 team campaign in 2012. (Got some stick for that but did not care – the boys loved it.)