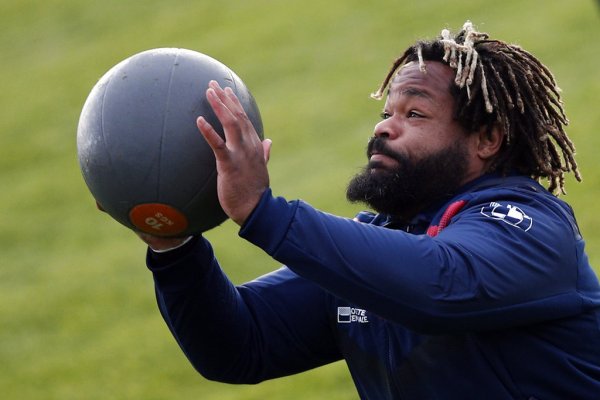 When you want to create a high performance rugby team you need to look at the team assets and individual strengths of players. Piecing together the optimum position for the players is one of the great teambuilding activities of the coach and his players.

I think a lot of rugby coaches underestimate the motivational power that will develop when you start working with the players and discussing where their competence’s will benefit the team the most.

With these rugby players specific pages I hope to identify the main tasks that come along with the position. A great teambuilding activity would be to let the team match their individual skills with the positions.

Definition is one, to agree with these tasks is important, performing the tasks is the third thing. Doing all three with all the players in the team is an elementary step to a successful team !

I like the name second five eight because it implies a Fly Half role. Inside centers who play in that role also have kicking duties taking the ball to the other sideline. This can take the pressure of the Fly Half.

Every rugby player should develop his speed, for the center extra focus should be on the quick burst through the gap: lateral movement, explosive steps, agility. Look at my SAQ pages to improve your running technique.

Centers are clever. They have vision and passing skills to put their fullback and wings into space, pace to make the outside break, strength to take the ball up to the opposition and/or set up play for continuity (ball retention: never lose the ball).
The center must be able to read defensive situations, organize his own defense and shut down the opposition backline.

A center is able to pass off either hand (left and right). Having a variation in passes is important to put players into space and manipulate the defense with powerful and angled running. Receive a flat pass at full speed, accelerate before you catch the ball. He must combine with the wingers and fullback to become an attacking strike force.

Both centers must be convincing when executing moves switch – miss – loop – wide or close. They must also be able to break the line with footwork and put people into holes.

He must be the ‘rock’. He leads the defensive pattern. A player who should not hesitate to ‘take the ball up’ if things get tough on the outside. We used the phrase “Crash-ball Center”. He needs the ability to send the long wipers kick to the open side, chip kick to turn the defense, pass well and have the pace and acceleration to get back into play (support) after a miss move.

Inside Centers need to support their fly-half in contact.

The center with better ball handling skills and will be faster and have better running skills. A position were the player is more of a play-maker because he will be creating space for full-back & wingers to attack.

Sometimes centers are able to give clever kicks through the midfield defense. Chipping over or grubber kick the ball between defenders. A wipe kick places the ball behind the defending wings for your wing to pick up. Experiment with kicking angles.
By doing this the attack also becomes more varied.

The centers must have the confidence to tackle ‘head-on’ and, be ‘hard minded’ and should terrorize the opposition both in defense and attack. To improve on this I have in the past played a center at open-side flanker to get him comfortable in the close range stuff. (Simply switch the two players, it helps your flanker to see play in another perspective too).
The tackle area around this inside center can be pretty busy. Communication with others is very important.

More on the functional role idea: