Do you have this too? Somehow my pile of books to read never seems to get smaller…. I would like to share my favourite books with you.

Learned about this from the Learner Lab Podcasts!

Daniel Coyle did a bit of research on successful teams and learned that these teams have a great understanding of roles and interacting, about trusting each other.

The example teams are at Pixar, US Navy Seals and even a group of jewel thieves! Of course all these treats apply to (rugby) teams too. Reading the book I immediately started to tick-off the teams I played in and that I coached and made me more aware of the success factors.

Creating Psychological Safety in the Workplace for Learning, Innovation, and Growth

Also in that same podcast I learned about Amy Edmondson and her book. Yes, I think with rugby we are comfortable telling each other off. It is what makes our rugby culture unique and me comfortable in sometimes difficult project team situations in my day job.

Making mistakes is part of the learning curve and should lead to safety first / risk free behaviour by our players. The books has lots of pointer how to create and maintain that fearless organisation.

I was very fortunate to see Gordon and his team at work when they prepared for the Common Wealth Games of Glasgow in the Netherlands. Mats simply stated “I will call Gordon Tietjens and ask him” after I had one of my stupid ideas but he actually did and Gordon was intrigued by Mats and what we were setting up in the Netherlands. They stayed in touch and Mats and Cas RC took the opportunity for the CWG. What a week with endless haka’s!

Great team dynamics and such high standards of the man, his staff and his team.

It was sad to see how the NZRFU let him down and prioritised the XV’s program over the Rio 2016 Olympics. Great to follow him working with Samoa. 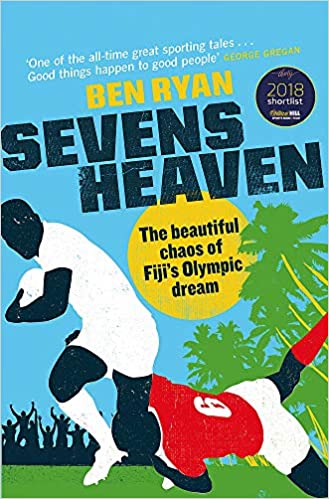 Ben Ryan was in rugby heaven but remember that it started as hell. He had no pay and the whole set-up was in a mess. He was the coach but also driver and sponsor and everything (sounds a bit like a grassroots rugbycoach does it?) How did he turn that around?

He reconnected the team with the reason they play rugby: re-invented that Fiji style. Great story of course, but how do you connect with your team? For me as National Under 18 coach it was not by becoming their “mate” but by being a challenging coach and truly listen to the points the players brought forward.

Have a look on my “Sevens is a lovely game” page with a fun link to a video clip where Ben Ryan tells how to let Fijian’s room free.

Speed, Agility and Quickness for Rugby 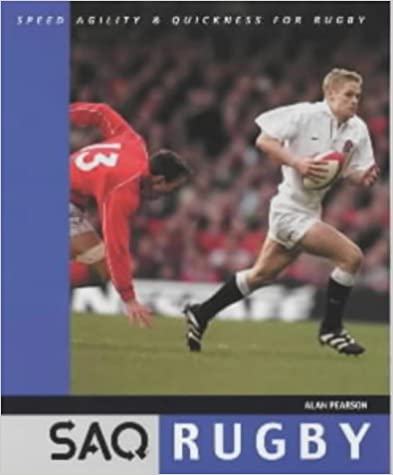 Yes, big fan of this stuff, I think when you follow the manual you really cannot go wrong. I took the online i-Diploma course and understand more, but pick an exercise for 10mins each session and your team will improve. I always mix this in my training: better movers = better players. Also educating players in better movement is a big injury prevention action.

You can read more about my SAQ work at my teams here. And, I had the fantastic opportunity to step out of the rugby zone for a while and work with hockey girls on their speed. All my preconceptions on hockey girls were wrong, tough girls who love hard work (we had lots of fun too). 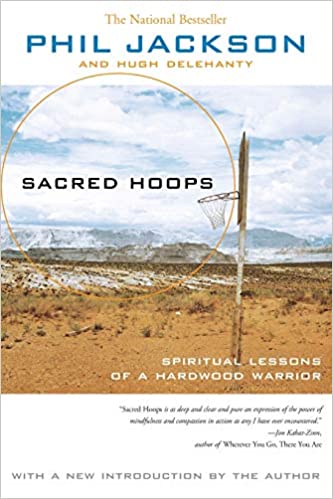 I used to play basketball before playing rugby. Really liked it a lot. Then I got my hands on a copy of two pages of this book that describe the introduction of the Triangle Offense and how a team of full time professionals two years to master it. Had to buy the whole book.  to read more about his gameplan approach and more.

I blog about the Triangle Offense in this post and have a powerpoint presentation explaining the system for you.

Companies now have a flashy “Adebyo room” showing off Mission Statement and kpi’s. Sportsteam already discovered the importance of a teamroom long ago. Jackson describes the “houserules” of the one of the Bulls.

Also very good to read his story how he went out to “fetch” rebel star Dennis Rodman – what does it take?

The Jersey – The All Blacks 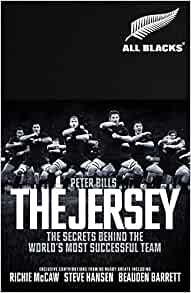 This is about “The Secrets Behind the World’s Most Successful Team” (a big claim!).

When the New Zealand National XV was not successful in the RWC 2003 it triggered a big change in how the NZLRFU wanted to develop the team, how it would play and what team culture to create.

We now know some examples: “Better people make better Blacks”, legacy and filling the Jersey, sweeping the shed and more.

It is a mix of rugby, history, Maori culture with the Haka and new vision on how to play. With the success there was also a bit of marketing but there you go.

What can we learn, sure also set-up a “Leadership Group” and more, but are we copycats or making this our own version? First question: what is your team’s culture? 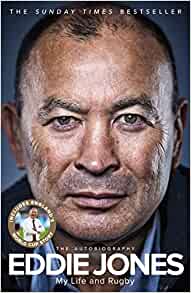 Watching England on the tellie with my rugby friend Desmond Tuiavii and after the game I always talk about “What will you change?” “Should he have subbed …” and so on.

Next moment Des tells me “I will tell him” and is texting with Eddie Jones! Turns out that he was Des his coach at the Brumbies.

Finally he had time to come over and I had the opportunity to meet and talk with him. What a great story about Japan beating South Africa,

I have his book, but now we need a new edition to the book to cover RWC2019.

God Save the King 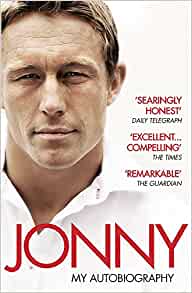 It was Jonny’s last rugby match ever, Toulon won the title and the French showed their love for this rugby legend. I was lucky to be there, took the match poster after game on the way back from the windows of the St. Dennis HyperMarche!

I was invited by Jean to Toulon earlier and than had the opportunity to watch him practise his goalkicking and made some super slo-mows.

Last year he signed my Toulon t-shirt with “Love Rugby, Love Life!” during the Jed Forest Rugby Club Three Nines, when Gary Armstrong took “his” 10 along.