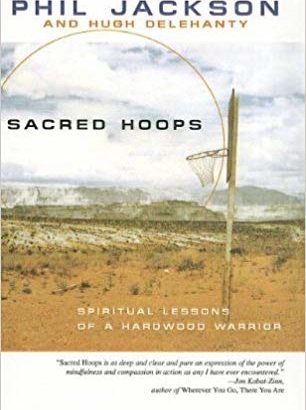 Surrender the “Me” for the “We”

and become more than the individual player quest for glory

Basketball coach Phil Jackson wanted the Chicago Bulls to become more than a Michael Jordan team and looked for an offensive system that would involve more that putting Michael Jordan in a scoring position. He did some research and found Tex Winter who had developed the Triangle Offense system, he took it on board.

I stumbled upon the story when I read Phil’s book “Sacred Hoops” where he told about the systems. More striking to me was the statement that it took the Chicago Bulls to two seasons to master it!

This is an attack system for five professional players and it took them two years to understand, implement and execute it!

What do we expect as rugby coaches when we introduce a 1-3-3-1 for our team that work two-three evenings per week? Instant succes? Remember we have fifteen and not five players on the field of play.

Many years ago Pierre Villepreux and Jean Bidal introduced me to the Family System. The basic idea is that depending on your relative position to the Ball Carrier you belong to one of four Families. Each family has a specific set of tasks. So, when you know where the ball is, you know what Family you are, so you know what to do. Like the Triangle Offense, the family system helps players make decisions on positioning and actions.

We tried to introduce this through our development program, but is was quickly regarded as “stupid”, “does not work”, “too difficult”. Reading Jackson’s observation on the Triangle Offense makes you think…

Look for a brief intro from Phil Jackson on this system in this youtube clip:

For you who are interested in the system itself: there are seven principles: the offense must:

You got to loves this as a rugbycoach too! Reach out to me if you want the details, Elenita was our Laisson during the European Under 18 Championships in 2012 in Madrid and, and being a basketball player, she provided me with a powerpoint presentation detailing the system.

With the mapped triangles on the court players it becomes easier for players to move to the points and keep creating the triangles. This creates the spacing and the off-load / shoot opportunities.

I like the spacing and creating the multiple options for the ball carrier. Also, pick & roll plays sounded like opening the door / pass behind the back of the defender

← Shorty, you may award the try!
Overtraining – how to prevent this? →