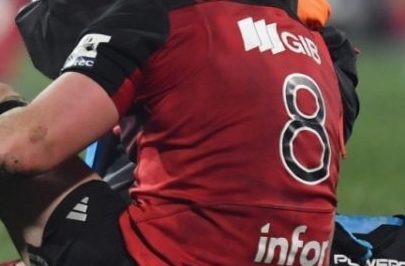 The Number 8 is one of three Back Row Players are also called Loose Forwards or Third Row Players. These three positions have special requirements, but also some in common like speed, mobility, ball skills, accuracy, aggression on attack and defence and they must blend together as a ‘unit’.
The backrow is the ‘oil’ in the team, making everything work smooth. Why are teams not “working”, they miss the Loose Forwards – look at successful teams and their Loosies…..

At least one of the three must have ‘height’ for line out possession at the rear.

Most people will hardly recognise the value of a good No. 8 player until in the game he is not there…..

Number Eight is a powerful scrummager and a strong runner who can surge off the back of the scrum and break the line of defence. A whole list of things:

I have a special page on the scrum.

The Open Side Flanker should comfortable with the ball in hand when first in support of the ball carrier. His decision making skills are key: pick&go, pop pass, go over and protect the ball, wipe opposition player from the breakdown, … He must ‘read’ the opposition backline, communicate with his own backline and be accurate in lines of running.

All the skills of the other two back row players but must have the ability both to go to ground to control the ball and to stay on his feet to continue the attack. Work with the other loosies and knowing what the backs are doing to get the right lines to get to the breakdown.

Support the ball carrier and carry on the attack. Do whatever it takes to win the ball!

Number Eight is an efficient defender, speed to get back and cover as well as confidence in relieving pressure from backs by taking the ‘highball’.

Stop the drive from a opposition backrow move, tackle low to prevent the ball carrier to set up a maul. The back-row players should discuss the responsiblities in tackling opposite numbers: example:

With these pages I hope to identify the main tasks that come along with this position. To agree with these tasks is important. Performing the tasks is the third thing.
Doing all three with all the players in the team is a elementary step to a successful team !

Note: this page is based on IRB coaching material, my own experiences and feedback from other coaches.

← Open Side Flanker
The Rugby Guide →