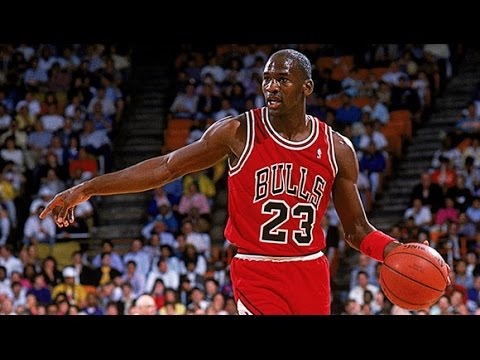 His last shot and how to train

Coincidence? The week I had a discussion with a coach regarding The Team Run, I stumble on this interview with Michael Jordan about his mindset in training.

To improve our performance of course. So us coaches can talk about technical v. tactical, 10.000 hours, conditioning with or without the ball and much more!

Why does Michael Jordan train?

To be fit, maintain his technical skills. Phil Jackson wrote in his Sacred Hoops book how Jordan did his pre-season conditioning through hours and hours of one on one basketball. Goal: be fit and ready for that one shot.

So how does Michael Jordan train? “I practise as in a game, so when the moment comes, it is not new to me”.

From his perspective The Teamrun, training without opposition, has no relevance.

The Team Run is where we go through the organisation of play, where to go from scrum, line-out, go through attacking options. I see this more as a refresher before a big match than a serious learning experience.

Interesting perspective from this legend.

And SuperCoach Online and the Team Run?

Although I am not enthusiastic about it, the Team Run is now an exercise in the group of ‘End Game’ training elements.

This Netflix series got every excited, It is a very detailed documentary on Michael Jordan his Career. I loved it too, he is truly a very special athlete!

And what about his training ethics: after his return from baseball he played just a couple of games before the end of the season. His personal fitness coach told him “Let me know when we will start preparing for next season”, MJ answered “Tomorrow”.

I also loved the story how they set up a special basketball court at Universal Studio when he shot Space Jam. He invited all this NBA Superstars to come and play, they did and had a lot of fun – just enjoying their game…

Why should you watch it? It is so much about team dynamics and how outside events can influence the outcome. I think Phil Jackson role is a bit in the background, would have loved to hear him more. “The Last Dance” was the theme he gave to that last season.