How to develop Open Play?

We need to think on how to teach vision and heads-up rugby. Pierre Villepreux and the coaches of the “Plaisir de Rugby” movement have worked out a great strategy. There are many ways for us coaches to put the ball in play, but the place and manner have a big influence on the immediate flow of play. When we start with a normal kickoff then the Attack and Defense will be in balance. Of course, it is the goal of the Attack to play in a positive imbalance between Attack and Defense. With a conscious choice in starting the game we can create this positive imbalance and let the players experience this. (Remember, we learn by doing).

We play with ordinary rugby rules, but there are some limitations that we can introduce to manipulate the learning situation:

Look at the starting positions in the following examples; 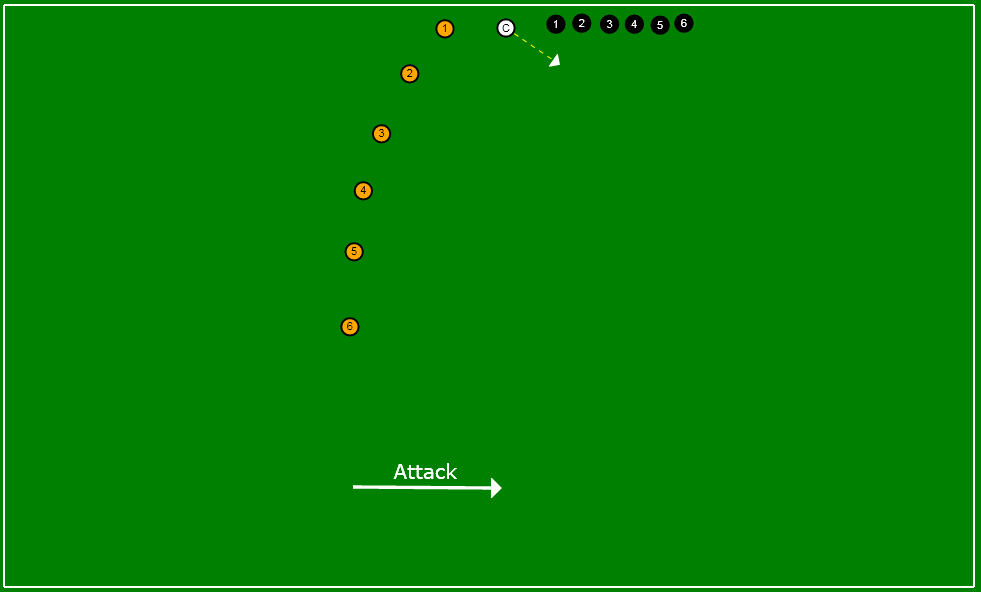 The above example is of an easy start, immediately there is a lot of space for the attackers to use. 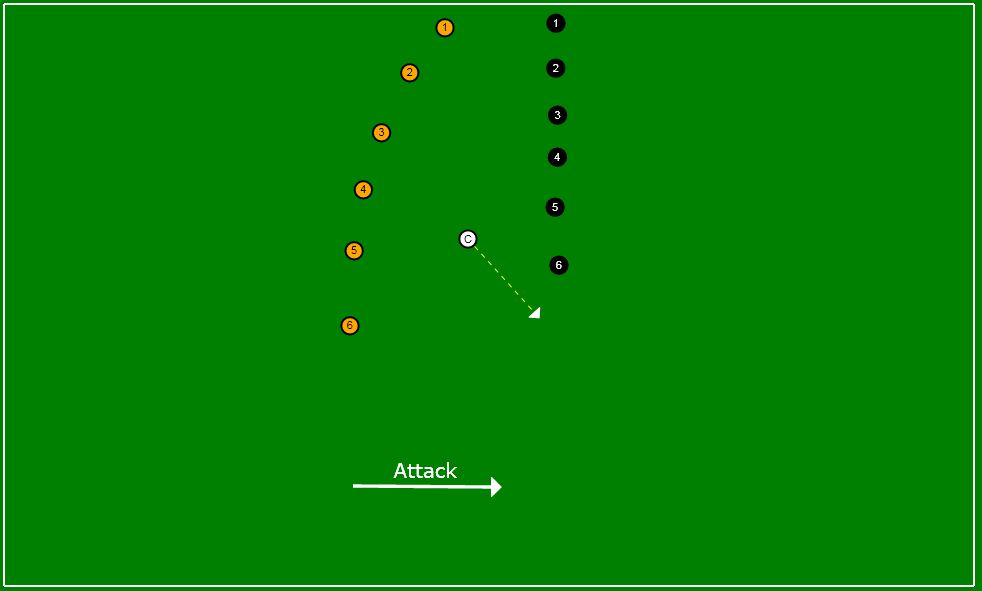 And in the picture above there is again plenty of space to use, but the starting positions of the attackers match those of the defenders. If the trainer with the ball runs into the free space and then feeds the ball to the first Attacker he encourages him to run into the space. The trainer might even block the first defender with his run. 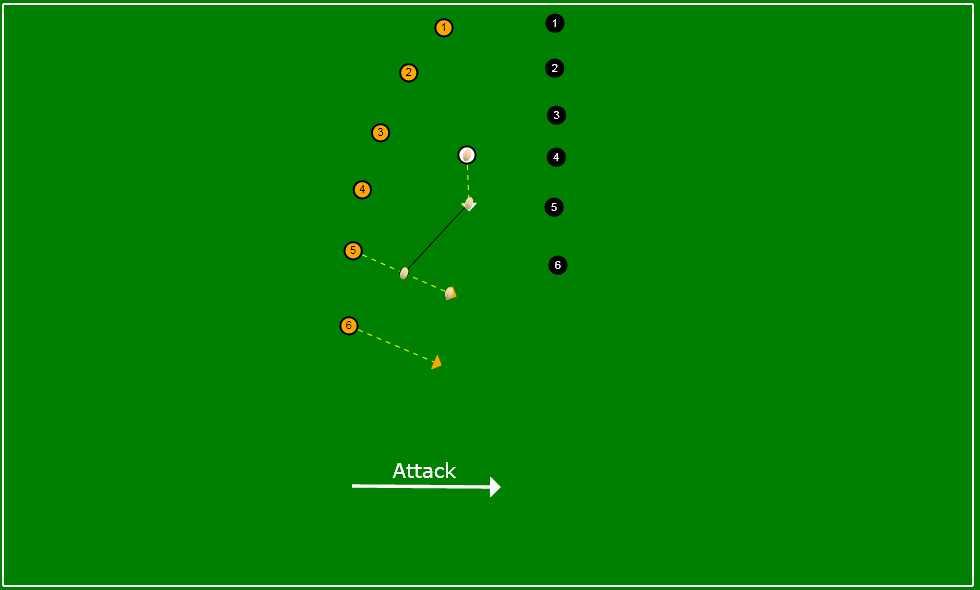 The above start-up is similar, there is much room to attack but the coach makes a more neutral start. How will the first attacker run? What would we expect of an eight year old? Would we expect something else from a sixteen year old player? Will the attackers preserve the space on their right side? Will all the defenders run to their Left and will subsequently space open up on their Right? 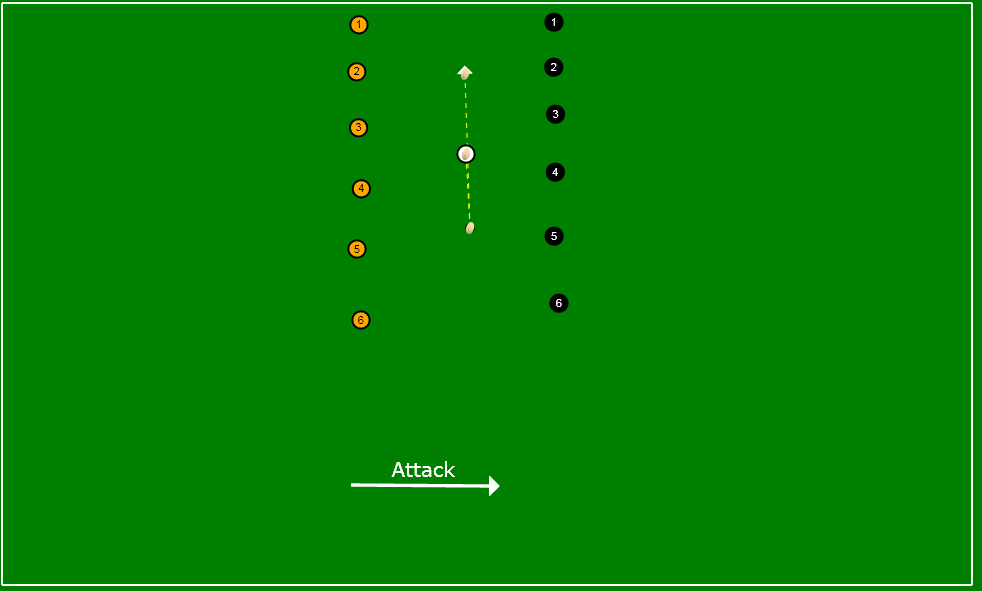 Here the coach is running back – and – forth between the two teams. If he plays the ball to the right, it is easier to play. If he feeds the ball more to the left than there will be a tackle / recycle and the question is whether the free space still exists and will it be used. When we put the two lines more closely together we can predict the contact / recycle situation even better.

Example: develop support for the ball-carrier

In an early age the children are still very egocentric in their play and this is also is the case for young rugby players. A big step in their development is that they will actively support the Ball Carrier. Again, with manipulating starting positions we can create a positive learning experience. Look at how the attackers are paired up in the starting positions below: 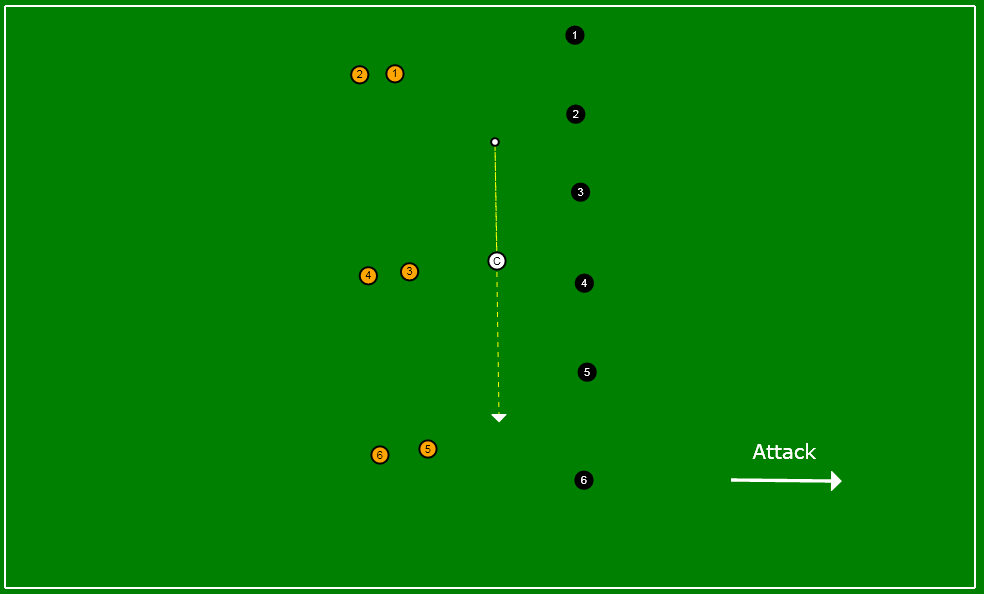 Now when the play starts, the ball-carrier immediately has at least one support player. You can make the involvement of that support player even more predictable by closing the space between the attackers and defenders.

Again, manipulate the starting positions to create the learning experience.

Rather than just have kick-offs by the players, we present our players a problem: how to solve it? With this approach, we also learn a lot from our players. The manipulation of the Defense by starting positions and by feeding the ball is key. Practise and learn this skill, it took me quite some time to understand this ……

Of course, the SuperCoach Online database has lots of exercises where these principles are put into practise. Want to learn more? Contact me at martin@rugbycoach.com.

And a small bit of eye candy to finish this post….

← Gameplan in a Mindmap
About tackling →