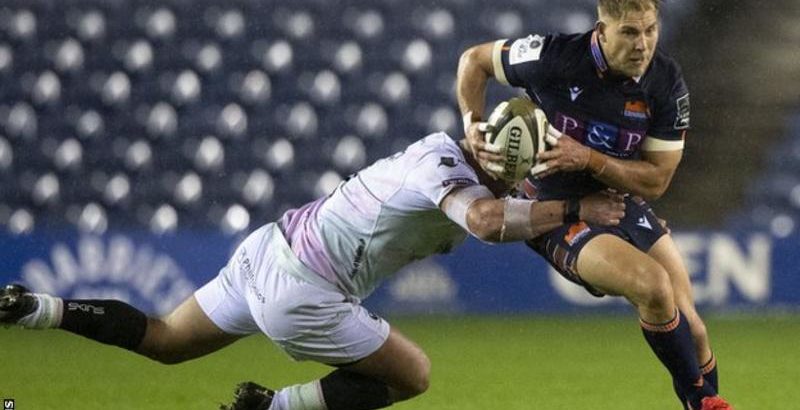 With both Russel and Hastings out for selection, Gregor Townshend played Jaco van der Walt at 10. His name did not sound very Scottish and I looked him up. And yes, South African born and raised. Recruited in November 2017 for Scottish Pro14 side Edinburgh he is now three years in Scotland and qualifies to play for the National squad on the convenient residency rule.

Obviously three years ago someone had a good look at the talent pool in Scotland and decided they were a bit short on the Fly-Half position and made a little plan.

This was also an investment decision. Looking at the S.R.U. Financial report, we see they have 176 coaches and players under contract. Let’s assume Jaco is in that 50k-75k group, the SRU invested around 200.000 pounds in a foreign player before they had a return on their investment.

The total S.R.U. annual budget (2019) for these 176 people is more than 16 million pounds.This comes from Six Nations, World Cup and Pro14 television contracts and sponsorships. I could not find the split in that Annual Report…. (Only saw that the Murrayfield ticket sales brought in 1.6 million pounds).

The best academy program in the world

During the COVID pandemic I listened to the fun podcast where Eddie Jones joked about the New Zealand RFU having “the best three academies in the world: Fiji, Samoa and Tonga”.

All tier 1 countries are into this, all perhaps except Argentina! And yes, there are New Zealand citizens with a PI heritage, I get that argument.

Talking about 10s, how about France then? They chunk out Fly-Halfs like a conveyer belt: Romain Ntamack, Mathieu Jalibert and Lionel Carbonel. Is the French talent pool so much bigger than the Scottish? How do they do that?

In order to make the playing field more level, World Rugby wants to make this “Project Player” approach more difficult. A minefield to walk through because those Tier 1 countries have a lot of power.

In 2017 it was announced and celebrated that the three year rule would be extended to five, but of course the COVID pandemic is now the excuse for it to get delayed. (Saving the S.R.U. two valuable years and 100.000+ for the return on their “Jaco-investment”).

Btw. there is a fear that the tier 1 countries will target these players at an even younger age.

So, how can the Netherlands become part of the 6N and RWC? How can we get our hands on the 200.000 pounds and get our own Jaco van der Walt?

Certainly not from the Six Nations: why would they be interested in opening up the competition and that money flowing in? RWC then? all Tier 1 countries already qualified….

I think the changes for the Netherlands are pretty slim! What do you think?