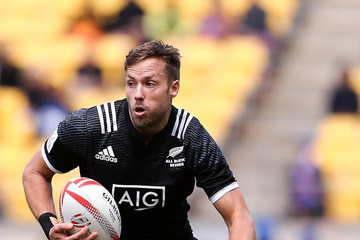 Good rugby players are experts at predicting what happens next = definition of anticipation in rugby?

Most important question in a sport, Pierre Villepreux told me, so it is the truth!

We score by catching the ball, run forward to the goal line with it, and ground it. Yes, William Webb Ellis style. Again, we score by running with the ball! But with running forward we are immediately become a target for all defenders and the excitement begins.

The Ball Carrier and the player next to him

The tasks of the Ball Carrier are pretty straight forward: full William Webb Ellis mode until you can not go forward, then you recycle the ball to a fellow teammate who can continue that Go Forward.

This implies a task for the players in the direct presence of the Ball Carrier: they have to get ready too. They either:

We can recognise that predicting the next step of the Ball Carrier is pretty important to execute these to tasks. The Ball Carrier determines, The Support Players adapts his actions to those of the Ball Carrier. And, this adaptation has to be very quick. Obviously, this is what we coaches have to ‘tune’ our players into.

This tuning is a bit complicated, exercises will look ugly and it will take time to master. So what do us coaches do? We intervene in the learning process and make the decision easier, or make this no decision needed at all. This is what I see:

Working on this sequence then takes precedence over tuning the players into that Go Forward and we go downhill from there: organising the Fly-Half and his outside for example.

I run these type of exercises: 2v1+1+1 or 3v1+1+1 with lots of different variations. It means 2 attackers against 3 times 1 defender, where the defender can only move left or right. We can tell the Ball Carrier to pull and pass, or narrow the channel and force the Ball Carrier to make contact. Because of the 1+1+1 the players really have to re-position after that first defender has been beaten.

You should really experiment with this.

We made this little clip in Edinburgh. Warning, it was with a Canon Ixus in 2010, no 4K back then…..

Look again but now only at Tim. What I see:

All in the matter of a couple of seconds. I think a fantastic example of anticipating and adapting to the actions of the Ball Carrier. (Crazy but many years later I had the opportunity to talk about this clip with Gordon himself!).

So key take away:

← When to off-load
Soccer Cards? →